Four blocks of flats in Urkerweg in Emmeloord have been prepared for the future. Besides an all-electric installation package and a new, sustainable facade, the work carried out reflected a great amount of concern for fire safety. The new facades have been clad with an aluminium substructure and Rockpanel A2 façade cladding, thanks to which they are classified as non-combustible (Euroclass A2-s1,d0).

Although these four modernist blocks of flats from the 1970s have been well maintained, they could hardly have been described as energy efficient or sustainable. The housing corporation Mercatus therefore commissioned a partnership of Martini-architekten (architects), Trecodome (consultancy firm) and Talen Vastgoedbeheer (real estate management) to improve the sustainability of the entire exterior of the flats.

Wrapped in a future-proof shell

First, the existing cavities in the 4-storey brick buildings were retro-insulated. The facades were then wrapped with ROCKWOOL insulation (A1), and finished with non-combustible Rockpanel facade cladding. Ruud Dessing, architect and director of Martini-architekten: “Not only did we insulate the façades and the roof, we also installed a layer under the floor of the first floor. These homes are therefore completely wrapped in a highly-insulating shell.”

The flats are also all-electric, thanks to 176 solar panels and a ground source heat pump. The possible use of hydrogen in the future was also taken into account. This will allow the flats to easily cope with any shortage of sustainable electricity in the winter without major measures or resorting to consuming power from the grid.

Designing from the air

The four blocks of flats are on an access road from Emmeloord in a prominent location, so the appearance of the buildings was an important aspect in the renovation: Dessing: “From the Urkerweg, the end walls of the flats are visible. When the flats were built, they were covered with beautiful multicoloured ceramic tile panels, specially designed for the blank walls and an integral part of the architecture. These contrasted with the uniformity of the neighbourhood, and gave each block of flats its own identity.”

The tile panels were retained in the original plan, but it turned out to be impossible to achieve the desired energy performance. “That's why we came up with an alternative,” says Dessing. The starting point? An aerial view of the Noordoost polder. Dessing: “A photo from the air shows the division between plots of land, with light colours, dark colours, and sometimes the contrasting colour of a building. We converted this division into a graphic design that decorates the entire eastern end wall of each block of flats. This solution allows the new façades to maintain a relationship with the past, and embed them in the DNA of the Noordoost polder.”

The graphic design was made using different shades of Rockpanel Colours A2 facade cladding. Dessing: “We selected five hues per flat from the wide range available within Rockpanel. These colours form a very coherent palette that is in harmony with the colours already present in the different blocks of flats. In addition, the colours of the four blocks themselves are also coordinated with each other. The façades are now very varied. One block has blue-grey tones, one has green tones, while another has red tones.”

Obviously, the idea is that this spectacular colour palette shines for as long as possible. Dessing: “They’ll be left to the mercy of the elements in the coming years, as you’d expect. For this reason, we looked for cladding which maintains its colour, isn’t sensitive to moisture, and provides maximum protection against dirt. Rockpanel cladding is provided with a ProtectPlus coating that meets all these conditions. Most of the dirt on the façade is already washed off by the rain, and even graffiti is easy to remove.”

Rockpanel A2 facade cladding for a fire-safe building

Fire safety may have been the decisive factor for choosing Rockpanel, says Roel van Vliet, manager of VM Geveltechniek, the company that carried out the entire renovation of the façade. “We were very concerned with the safety of the residents, so we didn’t want to compromise in terms of fire safety. That meant using wall cladding classified as Euroclass A2-s1, d0: non-combustible. Rockpanel is the only manufacturer we’re aware of who can meet these demands, thanks to its A2 product line with 9-mm thick cladding.”

“In addition, we were looking for someone we could rely on for fast and reliable deliveries. That’s where Rockpanel doesn’t let you down: your order is guaranteed to arrive on time.”

Unique in the Netherlands

The renovation is being carried out while the residents remain in their homes. Even so, they experienced less nuisance than might be expected with such an intensive job. Van Vliet: “We developed a new façade concept for the four blocks of flats in Emmeloord with an aluminium frame structure that is connected at the height of one floor at a time to the existing substructure. This reduced drilling operations by more than 70%, minimising nuisance to the residents and improved the insulation of the façade.”

The result? “These are the first blocks of flats in the Netherlands with ventilated end walls that have been awarded fire class A2,” says Van Vliet proudly. “That’s a major bonus for the residents, because it means any chance of fire spreading is eliminated. The end wall is classified as non-combustible, due to the Rockpanel A2 cladding combined with ROCKWOOL stone wool and a non-combustible aluminium substructure. According to sustainability tests, it means these beautiful new end walls will last another 50 years.” 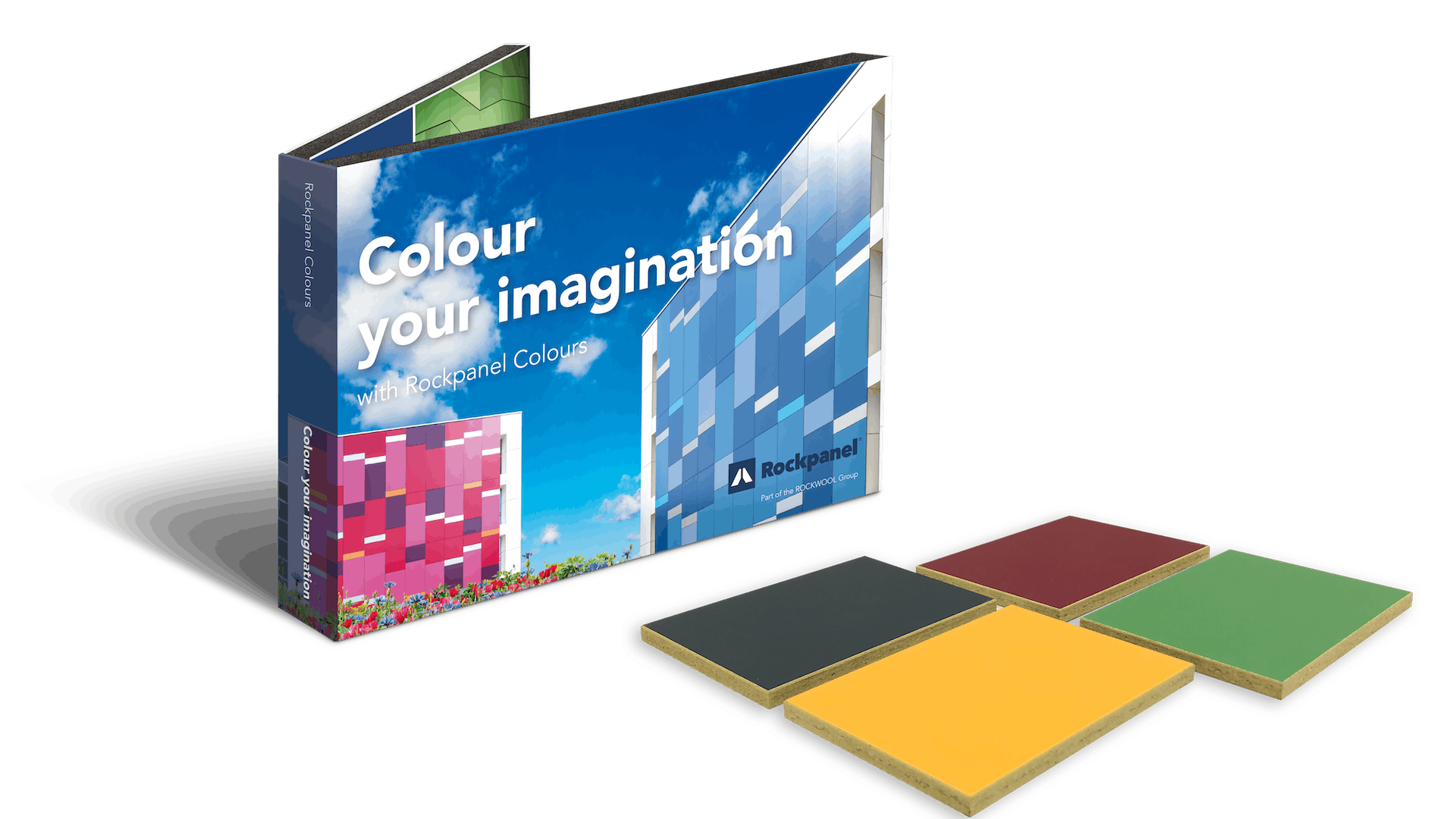