On the Martenshoek Noord industrial estate in Hoogezands, an old shed has been transformed into a new, multifunctional central warehouse for the Groningen water company. Architects’ firm Team 4 created the design for this radical conversion, which was done in only nine months. The most remarkable feature is the facade of glass and blue, white and silver surfaces that brings the building totally into line with the water company's sustainable mission and its location along the Winschoterdiep canal.

For the design of the new facade, architect Nico Visser sought inspiration in the core business of the Groningen water company and the location of the building along the Winschoterdiep. “We opted for Rockpanel Colours facade cladding in the blue corporate style colours of the client, supplemented by silver and white panels. By doing so, we succeeded in mirroring the shimmering of the water on the facade. As dusk falls, the facade comes to life thanks to rows of blue LEDs hidden in the overlaps between the coloured surfaces.”

Use of special materials

Rockpanel Colours facade cladding was chosen primarily for aesthetic reasons. “The client wanted the panels to be screw fixed. Rockpanel is assembled using small fixings which are supplied in the same RAL colour as the boards. This produces the best result in aesthetic terms. What is more, the boards can be ordered in almost every conceivable RAL colour, including the one used by the water company,” the architect explains. “We’ve carried out several projects using these coloured panels in the past and they still look great today. No discolouration, distortion or other problems, despite the fact that the panels are exposed to the elements 24 hours a day.” 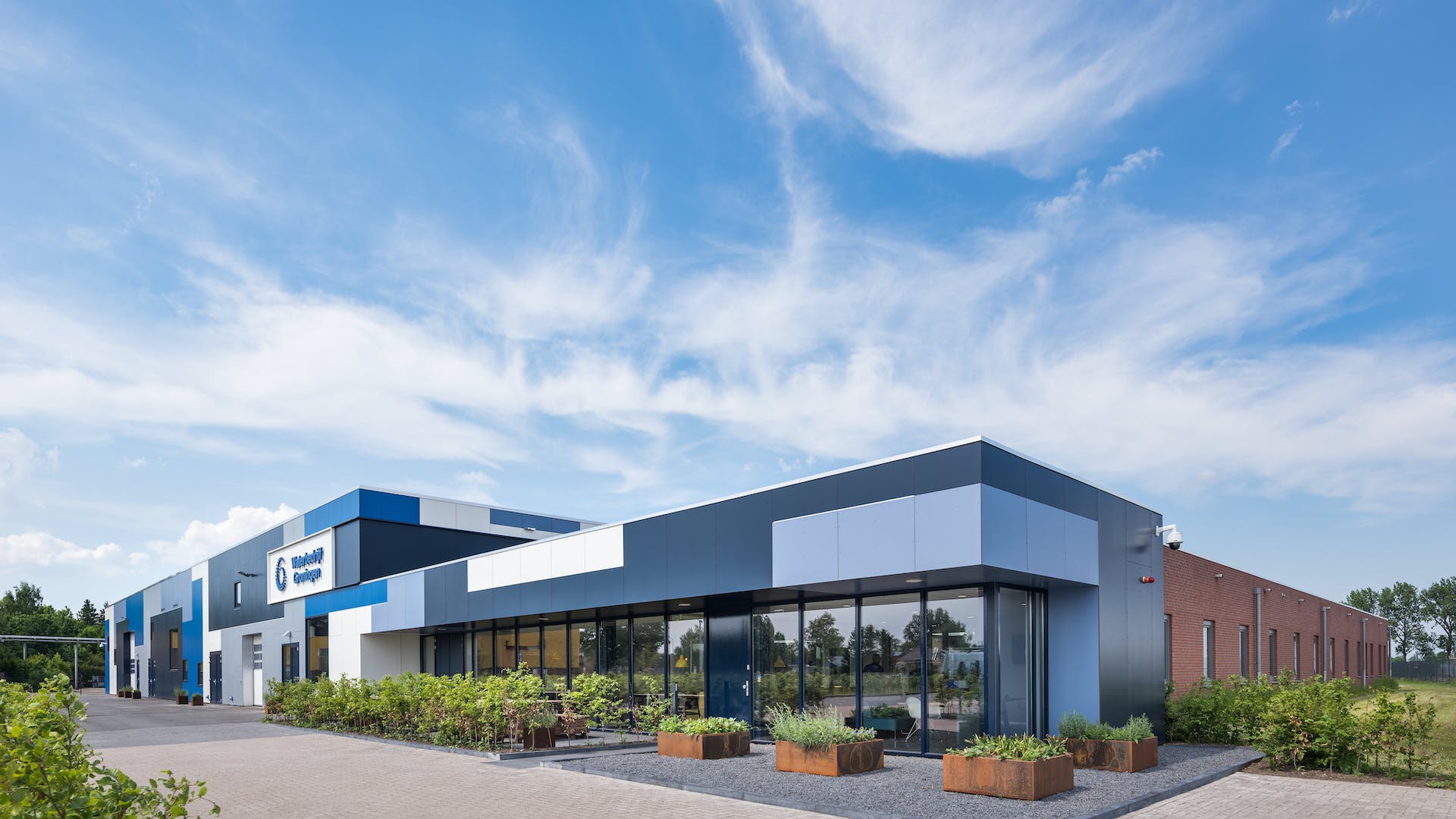 Showroom for the water company

The building has now been handed over and everyone concerned is satisfied with the result. Visser: “The end result is far more than just a company shed. It’s a real showroom for the water company, as it were. A location that not only reflects what the water company is now, but also how it is looking to the future.”