A bright spot in an authentic urban area. That is the recently inaugurated Kindcentrum IJsselmonde in Rotterdam (The Netherlands). The facade consists of glass and Rockpanel Custom Woods facade panels with an accoya wood look, creating a warm welcome for the entire neighbourhood.

“Kindcentrum IJsselmonde” is the new home for two primary schools, special primary education, childcare and the Centre for Youth and Families. The children’s centre has been designed to match the innovative pedagogical vision of the BOOR educational foundation. “There are no traditional classrooms,” says architect Annemiek Braspenning of architectural firm No Label. “Instead, KC IJsselmonde works with classrooms of about a hundred students. The school chooses this to make the children self-reliant and to teach them executive skills, such as planning, concentrating, working together, dealing with emotions and learning to learn. The environment invites you to do so. The students work in different spaces and compositions.”

Not only the interior stands out. Braspenning: “Large overhangs and galleries prevent the sun from disturbing the building, creating a pleasant climate for education. The high glass facades allow you to look in from the neighbourhood and out from the school.

The large glass panes in the facade are accompanied by Rockpanel Woods cladding in a light wood colour. “We wanted to create a gem in this neighbourhood that can be tough on growing children. A friendly and open building with generous outdoor areas to play safely. Due to the large overhangs and galleries, it is also possible to take lessons outside on the first floor.”

An accoya wooden facade was prescribed in the original design, says facade specialist Bas ten Thije of XLWOOD. “However, with this we could not guarantee high colourfastness, fire safety and low-maintenance for the facade. You must treat accoya with fire retardants to achieve fire class B. But after applying fire retardants, you can no longer use a paint system, which results in a facade becoming grey. We definitely didn't want this. That is why we looked for a product that is fire-resistant, remains colourfast and has the warm appearance of wood.”

Ten Thije: “It made sense to opt for Rockpanel Woods. It has the same authentic look that real wood provides to a facade, and combines this with the robustness and fire safety of stone.”

And the colourfastness? The construction team has experienced this in practice, says Lennard van den Berg, housing project manager at BOOR, the educational foundation behind the new building. “We have visited a number of projects together that were realized with Rockpanel. We wanted to see what a Rockpanel Woods facade looks like in reality, and especially wanted to experience how it would look after ten years or so. Does it weather? Does it get dull? We soon reached a conclusion: Rockpanel will remain as it is. Years later, the facades looked as if they had only been completed yesterday.”

After all parties involved were convinced, a unique version of Rockpanel Woods was developed in collaboration with Rockpanel. Ten Thije: “We wanted to stay as close as possible to the original accoya wood in terms of colour. In consultation with Rockpanel, it turned out that it was possible to get Woods panels in almost any RAL or NCS colour and with almost any wood structure. In no time, we had our own Rockpanel Custom Woods based on an accoya sample, with a unique wood pattern and colour that gives the building the warm appearance we were looking for.”

Easy to process with standard tools

The facade of Kindcentrum IJsselmonde consists of timber frame elements, insulation material and vertical planks of Rockpanel Woods facade panels in three different widths. Piet Willemsen, owner of installation company Willemsen Veenendaal, explains: “The panels are applied in a playful pattern, which we have also continued in the overhangs. That requires quite a bit of detailing, but luckily you can process Rockpanel very easily. Many products on the market have a fairly hard core, for which you need special saw tables and extractors. At Rockpanel you can work well with an ordinary panel saw and extraction system. That makes things a lot easier.”

The advantages of a low-maintenance facade

Lennard van den Berg (BOOR) adds: “For schools, it is important to use maintenance-free materials. You can’t just put up scaffolding against the facade at any time of the day for sanding and painting. And money-wise, it’s also a good thing if buildings don’t require a lot of maintenance. We are happy with Rockpanel in that regard. Rockpanel facade panels have a long life and only need to be cleaned occasionally. The Woods series also comes with a ProtectPlus coating as standard, so you can easily remove graffiti without damaging the facade.”

Architect Braspenning: “All parties involved in the construction are very satisfied with the result. But more importantly: the school itself and the children are all enthusiastic. The building has become a true reflection of the forward-looking vision of the children’s centre, and a remarkable bright spot that this neighbourhood, and the children, deserve without a doubt.” 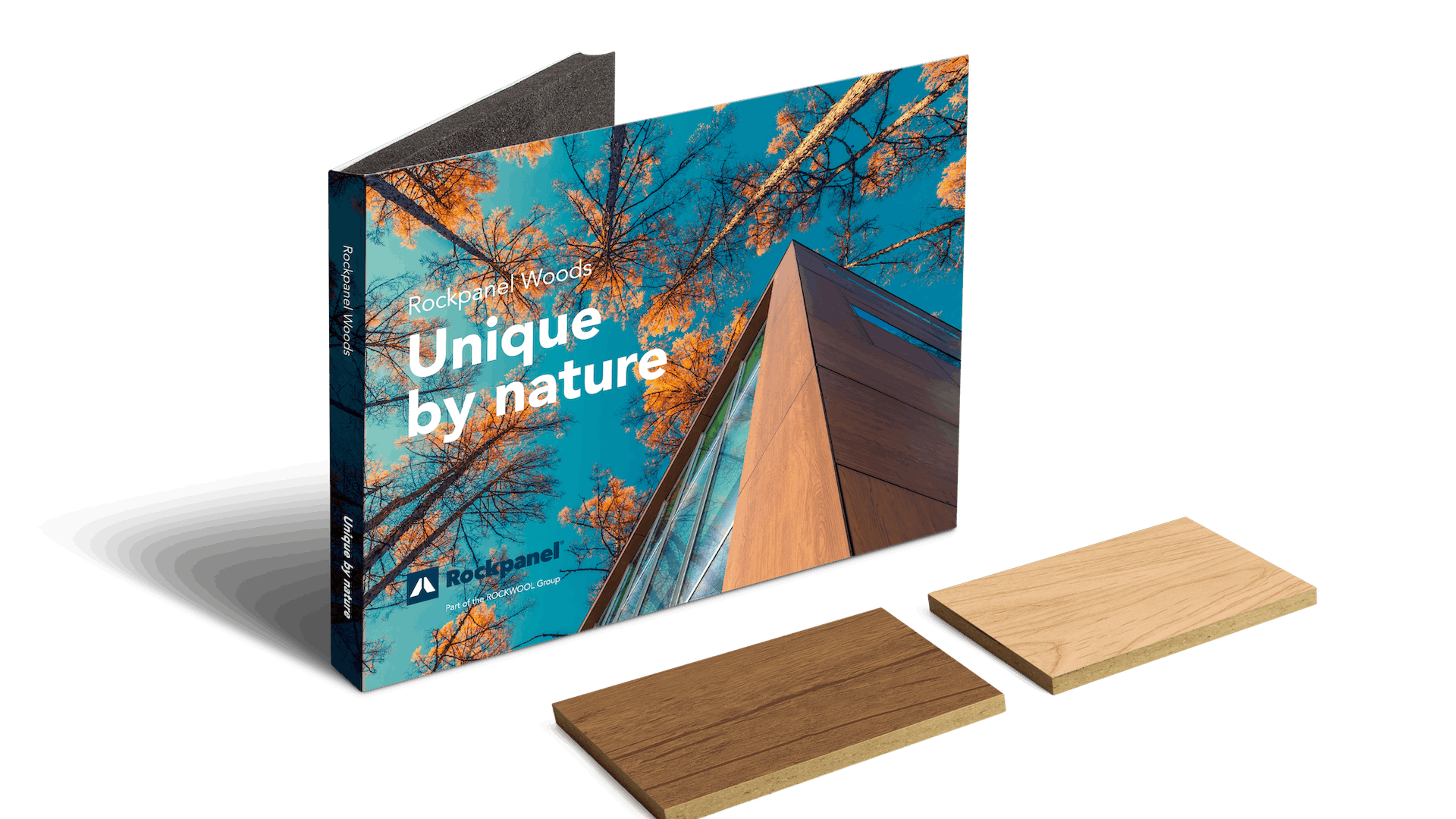