Kotville student housing complex stands out while fitting in

Finding the balance between standing out and blending into the environment, was the challenge the architects of Kotville were facing. BAU Architectenbureau B. & C. Coussée designed the new student housing complex in Brugge (Belgium), which is located between an expressway and a single-family housing. The building therefore had to be visible, but also needed to fit in with the more private nature of its surrounding community neighbourhood. This results in a design with a two-fold character, utilising in particular Rockpanel boards to blend into the surroundings when the building is experienced close up, yet visually announcing itself as a landmark project when it is seen from afar.

Although Kotville consists of 125 student rooms, the relatively large building doesn’t look massive. To create a relatable human scale, the massing of the building was broken down into smaller volumes.

The cooperation between the architect firm and Rockpanel already started during the planning and design process. Rockpanel was able to assist the architects in providing information to the authorities. This was particularly important as neighbors initially objected to the scale of the project and voiced concerns that it would not visually fit into its surroundings. 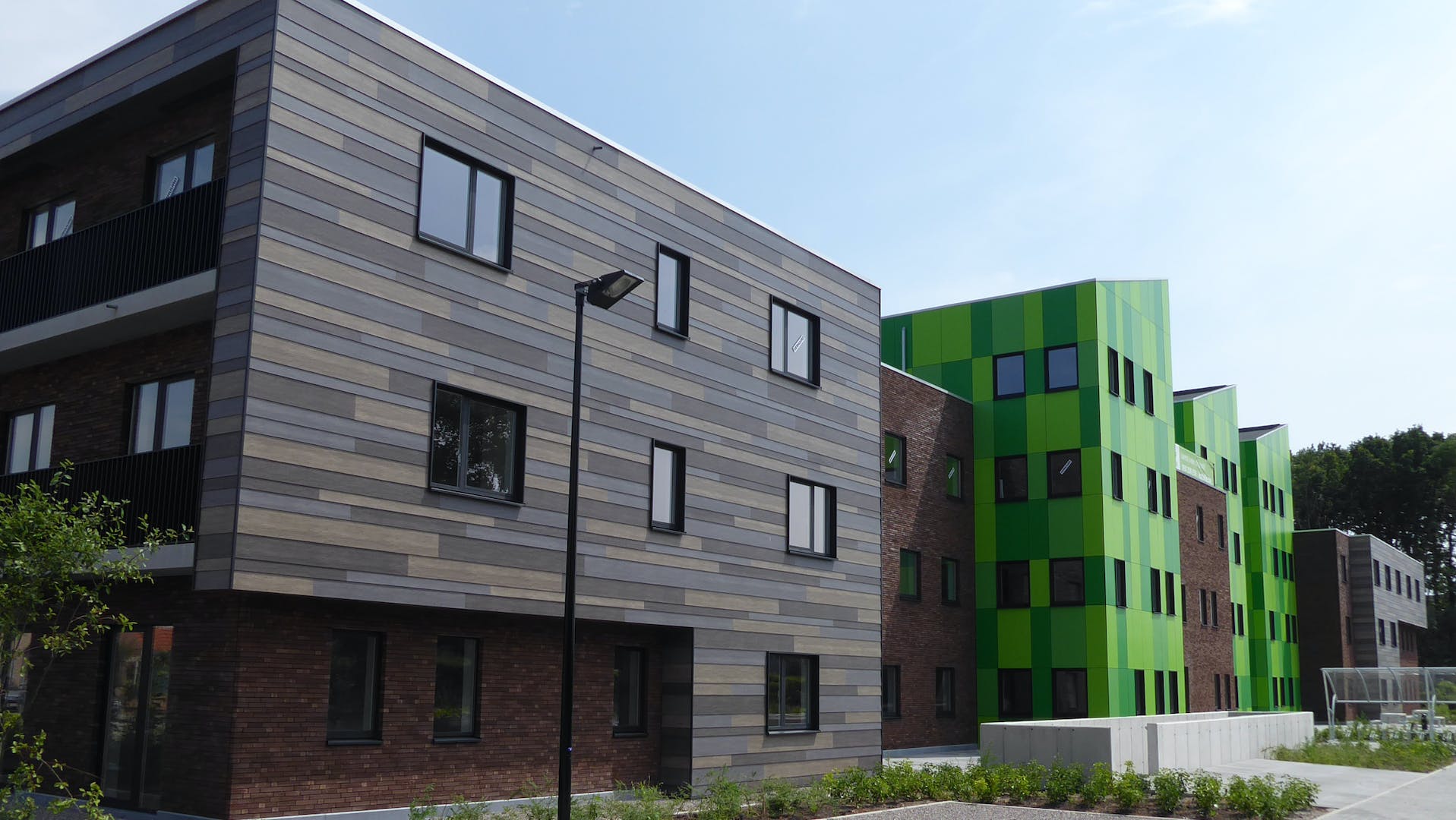 While the architects wanted to create a bold visual statement reflecting the project’s prominent position and lively student atmosphere, they also strived in their facade design to balance this with sensitivity to the neighbouring community and their concerns. The architects selected Rockpanel Colours boards in various shades of green for the facade. And to complement the tones of green, they selected Rockpanel Woods boards with an oak design. Ventilated patchwork and a shiplap systems were used in the cladding to create additional texture and diversity.

Aside from creating a visually appealing and interesting facade, durability and sustainable energy use were key reasons the architects selected Rockpanelboards. BAU Architectenbureau B. & C. Coussée cite the lightweight properties and ease of installation, along with low cost of maintenance and low thermal expansion of Rockpanel boards as important factors in selecting these products.  The boards were produced in custom dimensions, thus reducing the cutting waste to a minimum and reducing costs.