It’s hard to miss the brand new sports complex De Altis for athletes visiting the venue for a match. Contrast is the keyword in the design of this building, which combines sports, catering and outdoor activities. The most striking feature is the gold and bronze coloured facade, created with Rockpanel cladding. The olive branch from the Rijswijk logo is milled into the cladding, and for an even more extraordinary effect it’s illuminated in the evening.

Building in a sustainable way

Commissioned by the municipality of Rijswijk, project development agency OLCO realized the new sustainable, multifunctional and future-proof sports complex De Altis in Rijswijk. From a great distance it is immediately noticeable that one of the two sports halls stands on a pedestal of about three meters above ground level. OLCO director Mark Westra explains: “The municipality wanted to increase the quality of the environment, but also had a strict parking standard. We have therefore lifted one hall off the ground and created parking space below.”

The new sports complex has been developed in a particularly sustainable way. Westra: “In our view, sustainability is more than just a sensible use of energy and materials, or a financial advantage. After all, a building is only truly sustainable if it is also successful for the user, operator and society. De Altis has therefore above all been developed according to need: it is not an architectural gadget that turns out not to work. It is and remains a public building that primarily functions optimally as a sports hall.”

But of course there is also plenty of attention for the effect of real estate on the environment. “In order not to burden the earth unnecessarily, we made the building as circular as possible, for example in material choice. There is a heat-cold storage and the complex is equipped with LED lighting. We have almost completely filled the roof of the sports complex with solar panels. On the roof parts that are in the shade, we have created green roofs.”

Facade inspired by the Olympic idea

The two large sports halls are clad with gold (RAL 1002) and bronze (RAL 7006) Rockpanel Colours facade boards and connected by a pavilion made of black Fraké planks. It’s a remarkable colour choice for a sports hall, explains Hannek Höweler, the responsible project architect of AGS Architects. “Creating two sports halls of nine and eleven meters high was a challenging task. We wanted to create a building that is recognizable and sturdy, but also soft, warm and not too brutal. That is why we opted for a colour palette that is warm, and forms a wonderful contrast to the large amount of trees and greenery in the immediate vicinity. Gold and bronze are natural colours that work well against a typical grey Dutch sky, but also against a lovely blue sky on a sunny day.”

Thousands of round perforations have been made in the gold and bronze-coloured Rockpanel facade panels, with LED lighting behind them. “We wanted to give these halls their own identity and ensure that visitors to the sports clubs know immediately that they are in Rijswijk at any time of the day. That is why we have depicted the olive branch from the coat of arms of the municipality of Rijswijk through perforations in the cladding. That olive branch is also a nice reference to both the function and the name of the building. It links to the Olympics, where winning athletes received a branch of the sacred wild olive tree called the Altis, near Mount Olympus.”

The mounting of the perforated facade boards on the two sports halls went perfectly, says Alex van Blitterswijk of the Willemsen Veenendaal mounting company. “Because of the perforations, a little more time than usual has gone into the work preparation. After all, you want the patterns to flow perfectly from one plate to the other. With sometimes 200 perforations per plate, that requires some more attention.”

Striking, circular and maintenance-free: those were the keywords when selecting the materials for the facade. Höweler explains: “Sandwich panels, which you often see in sports halls, were immediately out of the picture. The same goes for real timber, because this simply entails enormous risks in maintenance. You can’t and shouldn’t want to cover an entire facade of this size with that.”

“Rockpanel cladding did meet all our requirements. The facade boards are made from basalt, and can easily be converted into new panels, or you can reuse the existing panels. The material also requires very little maintenance. The Rockpanel Colours cladding we used has an extra protective layer (ProtectPlus). This makes the facade self-cleaning, protects optimally against UV and makes removing graffiti easy. All Rockpanel products are also as durable as stone and have excellent resistance to moisture, temperature changes and weather influences.”

“Rockpanel is just as easy to work with as real wood,” adds Van Blitterswijk. “That means that we could use the boards exactly as we envisioned without any problems. For example, the perforations could easily be made in the and the boards did not require any post-treatment against moisture.”

Arjan van den Nieuwenhuijzen, manager at the contractor for the project, Bouwbedrijf Boot: “In the underground parking garage, we installed more than four hundred square meters of used Rockpanel facade boards. That actually went very smoothly. During a facade renovation, Rockpanel disassembled facade panels, cleaned them, repacked them and delivered them on pallets to our construction site via the dealer. Working with recycled panels may make the job a little more challenging, because you have to deal with the existing varieties in size, but that has hardly given us any problems. All we had to do was cut the sheets to size and mount them, which went very smoothly with standard tools. A perfect solution for this circular project.”

Rockpanel: a good choice for a sustainable result

During the assembly, the team could also count on the guidance and advice from Rockpanel. Van den Nieuwenhuijzen: “We went through the entire project together beforehand, during which we received some specific advice about the ventilation behind the panels, the type of joint tape and the correct fixing method. This good collaboration underlined once again for the entire construction team that we have chosen the right facade cladding at this unique sports centre.”

Mark Westra is very satisfied with the final result: “We attach great importance to functionality and our unique sustainable philosophy. We have therefore devoted a great deal of care and time to developing a sports complex that perfectly suits the users and the location today, but which can also be used optimally in the future. The result is a modern, impressive sports complex with its own character.”

Discover the possibilities of Rockpanel and get inspired with our new publication: “INSPIRATIONAL Learning environments”

Download the brochure below or request your printed copy. 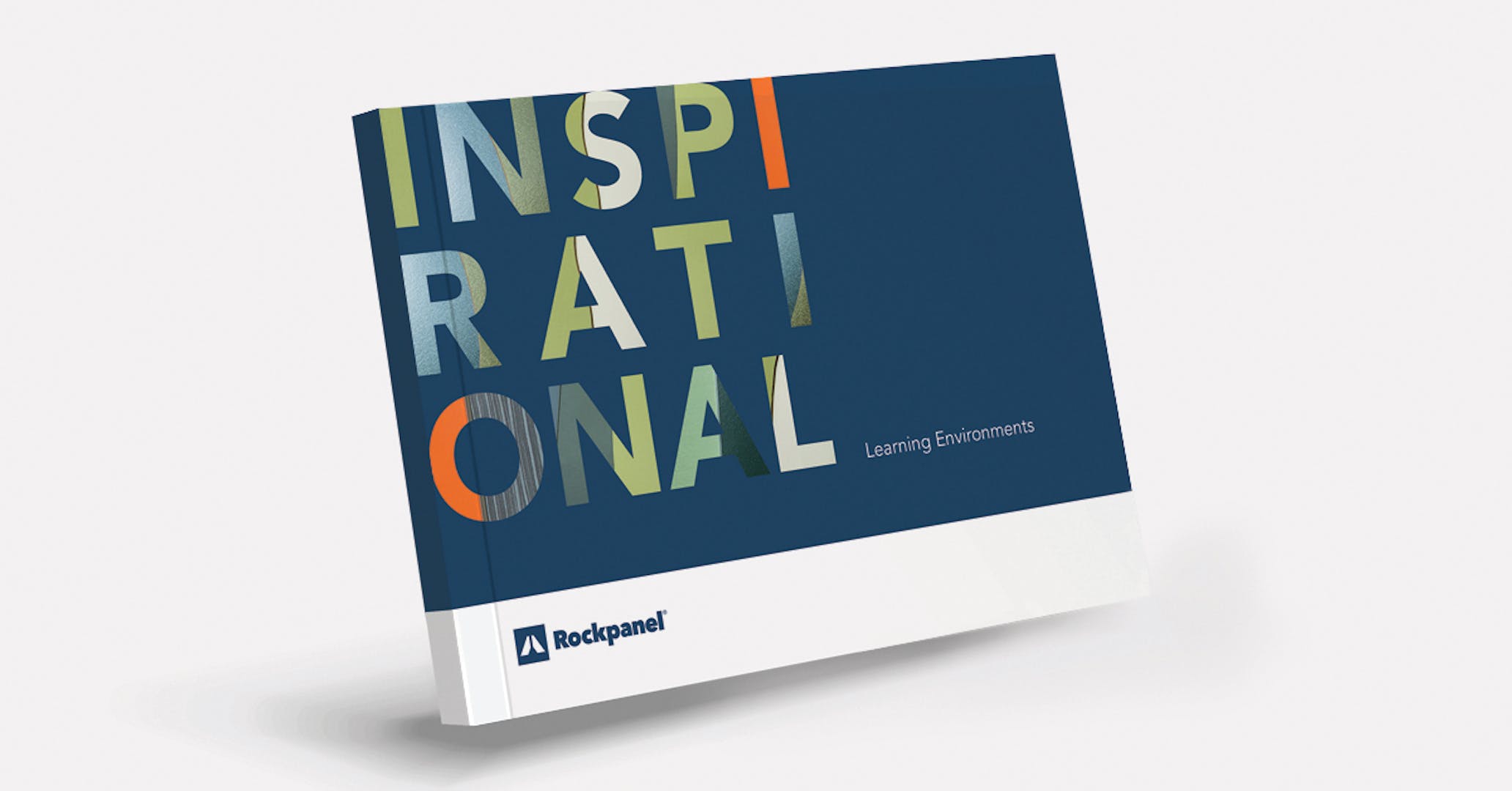