Chameleon effect and energy recovery - how was Park Wodny in Tychy created?

Wodny Park in Tychy is the most energy-efficient water park in Poland, and maybe even in Europe. The innovative, multi-award-winning building takes colourful to the next level. With its stunning Rockpanel Chameleon facades, it attracts a lot of attention.

Façade inspiration: the waves of the Paprocańskie Lake

Architects duo Paweł Kobierzewski and Andrzej Truszczyński wanted to create a building that would fit perfectly into the surroundings of Tychy. Compared to the rest of the Silesia area, Tychy is a relatively young city that develops very dynamically on many levels. One of the key inspirations was Lake Paprocańskie. Liquid forms and breaking waves therefore became a theme in the architecture.

Architect Andrzej Truszczyński explains: “Our goal was to create the most unique design. Something unlike any other parks of this type. We were looking for elements that spoke to the inhabitants. Finding a main theme that would be compatible with the green environment in the south of the city was not easy. Eventually, we found our inspiration close to home. We decided to refer to the nature and dynamic, wavy shapes of the Paprocańskie Lake, which people are very proud of.”

The façade of Wodny Park is one of the most characteristic and eye-catching elements of the building. The chameleon panels almost completely cover the elliptical building. The shimmering boards perfectly reflect the properties of the water surface, the shades of which also change depending on the season, the intensity of the sun and the viewing angle.

Architect Paweł Kobierzewski: “Thanks to the Rockpanel panels, we managed to achieve this unique character, the façade which it was all about from the very beginning. Depending on the angle of view and the angle of incidence of light, a real spectacle of light appears to our eyes. The object was created on the ellipse plan and it even further strengthens the "chameleon effect" we created.”

Andrzej Truszczyński adds: “When looking for the latest and unusual solutions available on the market, we came across Rockpanel Chameleon facade cladding. It impressed us and the investor and perfectly fits in with the innovative approach of the entire project. The effect that was achieved is really amazing and allowed us to introduce new quality to architecture.” 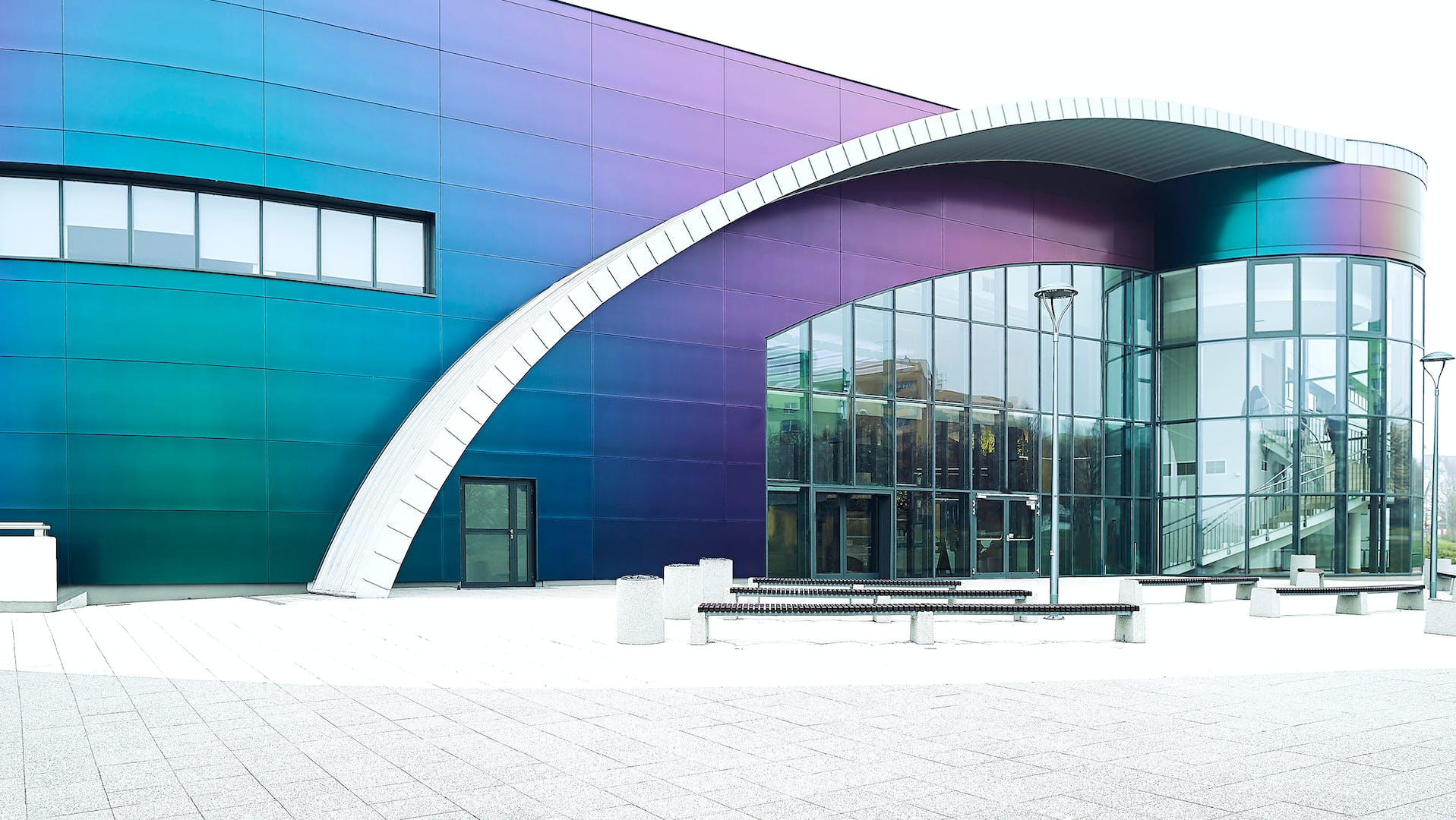 Heat and electricity are major cost items for each water park.  Achieving the highest energy standards was therefore crucial. At Wodny Park, they took it a step further - the building is 100% energy neutral thanks to the wastewater treatment plant in Tychy. The biogas produced here goes through a six-kilometre pipeline and is led to the water park, where electricity is then generated. The surplus of generated energy is transmitted to the municipal network and supplies about 1/7 of the city's energy.

Traffic jams and the title of "Construction of the Year"

The building, which was completed in 2018, turned out to become a real attraction to the public. Andrzej Truszczyński: “Even during the assembly stage, traffic jams arose on the streets near the water park. Residents stopped to look at the newly laid façade and took pictures. It immediately aroused expectations and was a good showcase for the newly emerging facility: if it looks so spectacular from the outside, the interior must only be better.”

The building was also well-received within the architectural industry. The object won the 1st degree award in the prestigious competition "Construction of the Year" 2017, as well as the "Silesian great building award - 2018", awarded by the Silesian Chamber of Building. The project also received a number of awards during the course of its implementation.

Take a look from ever angle, it’s never the same twice – that’s the power of the ever changing Rockpanel Chameleon cladding board. Affected by natural light or artistic spots and the angle and height viewed – your vision becomes an eye catcher, ever changing and always inspiring.